With their new EP, ATLiens have stumbled upon the horrors of an unforgiving space cult.

Released today on Insomniac's Bassrush Records, Space Cathedral is a five-track EP featuring some of the enigmatic duo's most haunting music to date. The record leans heavily into their thrilling, exploratory concept and introduces a heavy blend of experimental bass.

Before the release of Space Cathedral, the masked tandem tweeted out a link to "jointhespacecult.com," which contained an encrypted message and a warning at the top of the page: "YOU SHOULD NOT BE HERE." Tasking fans with deciphering the contents of the message and discovering the password needed to proceed, the chilling atmosphere created by the duo served as a not-so-subtle warning about the contents of the EP. 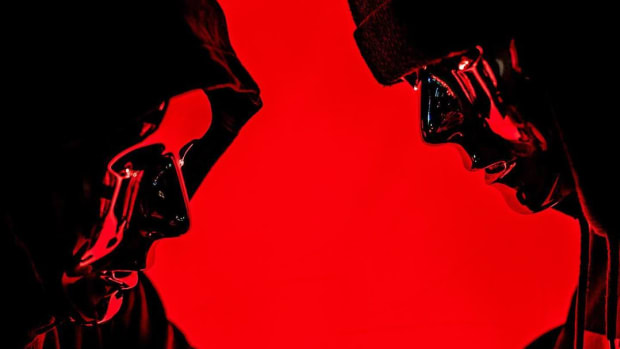 Before the release of the EP, the masked duo sent fans on a quest to discover the motives behind their "space cult." 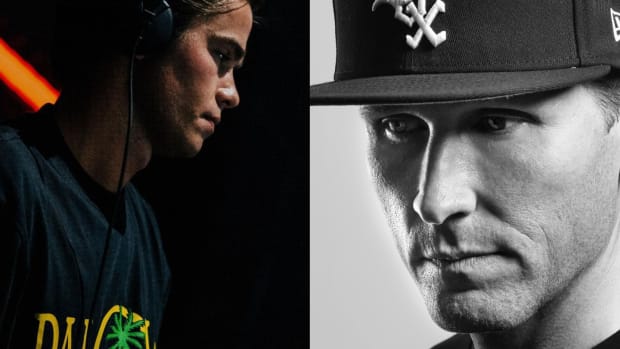 MUSIC RELEASESKaskade Teams Up With Justus for Herculean Hard Dance Tune, "Dance With Me"

"Dance With Me" features tinctures of Kaskade's sound surrounded in the reverberated techno madness of Dutch producer Justus. 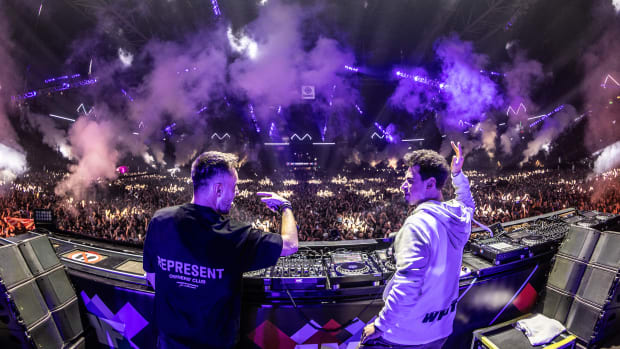 MUSIC RELEASESAfrojack and Nicky Romero Hit Rewind With First-Ever Collab, "Back to Where We Started"

After years of remixing each other's work, it was finally time to collaborate on an original track.

Giant footsteps stomp and shake the ground as cries of extraterrestrial creatures echo throughout the introduction of Space Cathedral. A whirring, mechanical bassline clashes with spacey sounds in the banging titular track.

The next two, "Obsidian Vortex" and "Purgatory," feature chopped-up vocal samples that feel like a sermon from the space cult leader. The former is a clicking frenzy that mimics the sound of a xenomorph while the latter brings in SVDDEN DEATH to deliver a rattling bass drop that sends shockwaves throughout.

"Blue Skies /// Crazy" is a brooding, theatrical piece split into two distinct sections. Here, ATLiens use a transmission from Earth to transition from a staticky explosion of bass to a more melodic sound with celestial vocals. This trend is continued on the EP's closer, "comingforyou," rounding it out with another uplifting record.