Chinese Foreign Ministry: Pelosi's visit to Taiwan violates the principle of “one China” Beijing called on Washington to stop interfering in the country's internal affairs. The US Senate said that Pelosi's visit is consistent with the US “one China” policy, to which Washington remains committed 756594549506185.webp 673w” type=”image/webp” media=”(max-width: 320px) and (min-resolution: 192dpi)” > 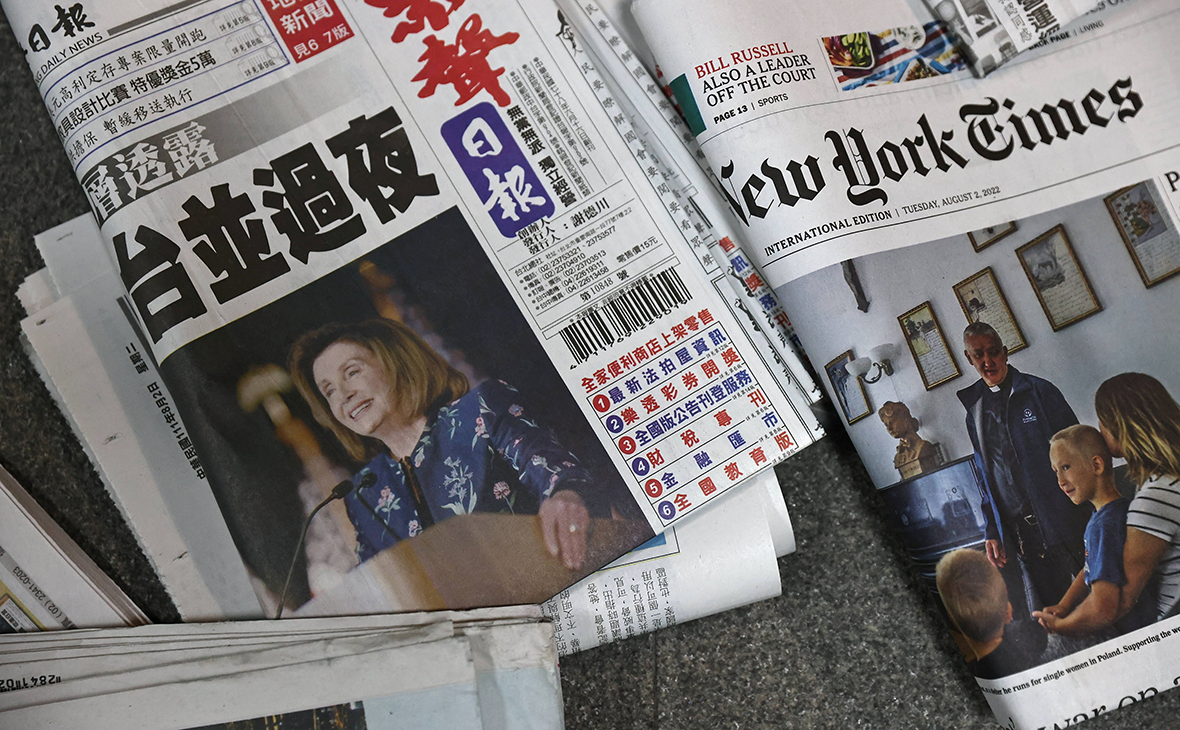 Speaker of the US House of Representatives Nancy Pelosi's visit to Taiwan on a US military plane seriously violates the One China principle; and the provisions of the three Sino-US communiqués. This is stated in a statement by the Chinese Foreign Ministry, CGTN reports.

The White House announced that Pelosi's trip was in line with US policy on Taiwan and that the US would carefully follow China's actions after Pelosi's departure.

“Obviously we will be watching this closely. There is no reason for this visit to be a pretext for a crisis or conflict, or a pretext that the Chinese might try to use for some kind of military action. said John Kirby, coordinator for strategic communications at the White House National Security Council, on CNN.

In the US Senate, a group of 26 Republicans issued a statement in support of Pelosi's trip to Taiwan. “This trip is in line with the US One China policy to which we are committed,” said Republican Mitch McConnell (quoted by Bloomberg).

Read on RBC Pro Pro Stingy billionaire: how Gates, Buffett, Brin spend money in everyday life Articles Pro “Playground for adults”: what it's like to work at Google – in 6 points How to neutralize it Instructions Pro Connections are not everything: how can a top manager find a job without networking Articles

A special flight with Nancy Pelosi on board landed in Taiwan on August 2. The congresswoman said that the main purpose of the visit was American delegation is to support the “bright and dynamic” democracy in Taiwan.

She pointed to the importance of US solidarity with Taiwan's 23 million people because, in her words, “the world is facing a choice between autocracy and democracy.”