It's no secret Skrillex is a wearer of many hats. But now there's data to illuminate just how far his reach on streaming services goes.

According to new data provided exclusively to EDM.com by Muso.AI, we're now able to confirm that Sonny Moore's lifetime streaming numbers are well into the tens of billions.

It goes beneath the surface level numbers, however, considering Muso.AI is an artificial intelligence-driven aggregator and validator of musician credits in all creative disciplines. This means the company is capable of empowering artists to track their credits in incidences where they were fulfilling the role of a music producer, audio engineer, songwriter and other roles. 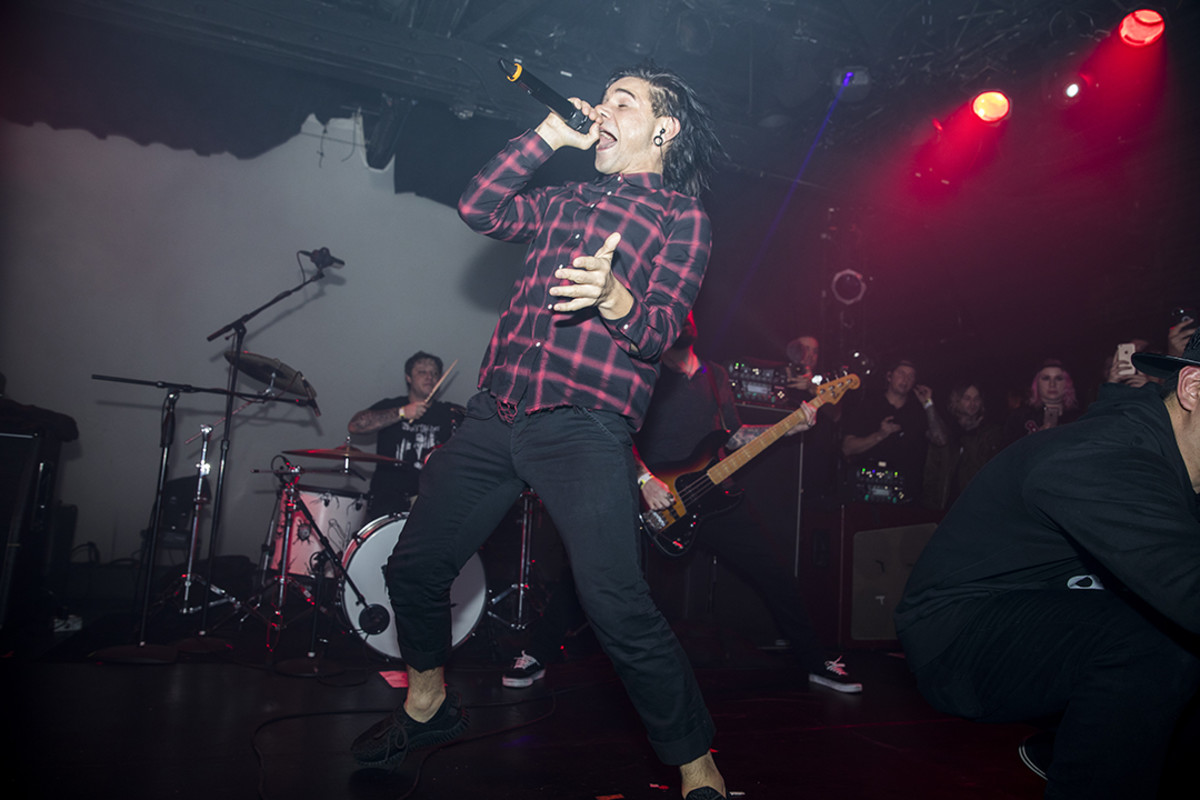 Skrillex performing with From First to Last.

For that reason, it's perhaps no surprise that Skrillex's lifetime streaming total as an artist exceeds 12.5 billion across platforms. He hasn't shied away from the chance to collaborate with high-profile pop stars, hip-hop artists and more under the Skrillex moniker, including Justin Bieber, Beyoncé, J Balvin and Rick Ross. 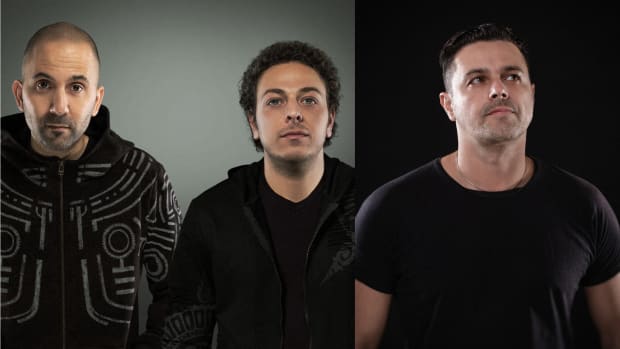 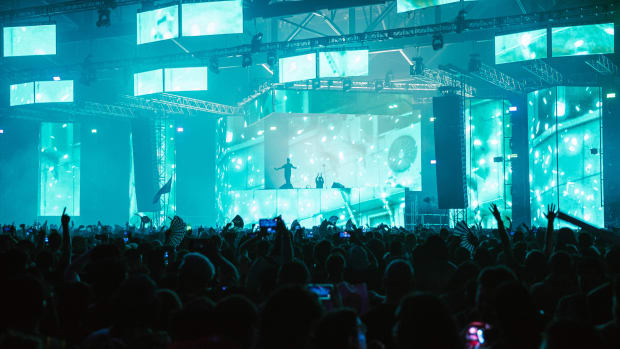 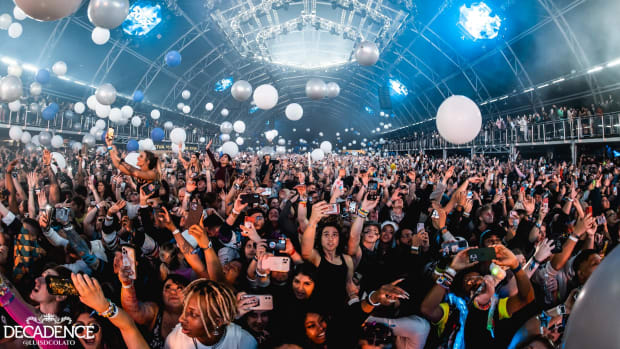 EVENTSHere Are the Set Times for Decadence NYE 2022

The festival will feature performances from Flume, Porter Robinson, GRiZ and many more.

Meanwhile, Sonny Moore's streaming numbers as a musician surpass a whopping 18.6 billion. For obvious reasons, it may sound curious to compare Moore's metrics to that of Skrillex, but keep in mind the man behind the music is also a prolific musician when it comes to engineering, mixing, recording, mastering and remastering, among other roles. He's also a member of various side projects ancillary to his Skrillex alias, including Jack Ü, Dog Blood and From First to Last, all of whom are contributing to his reach. 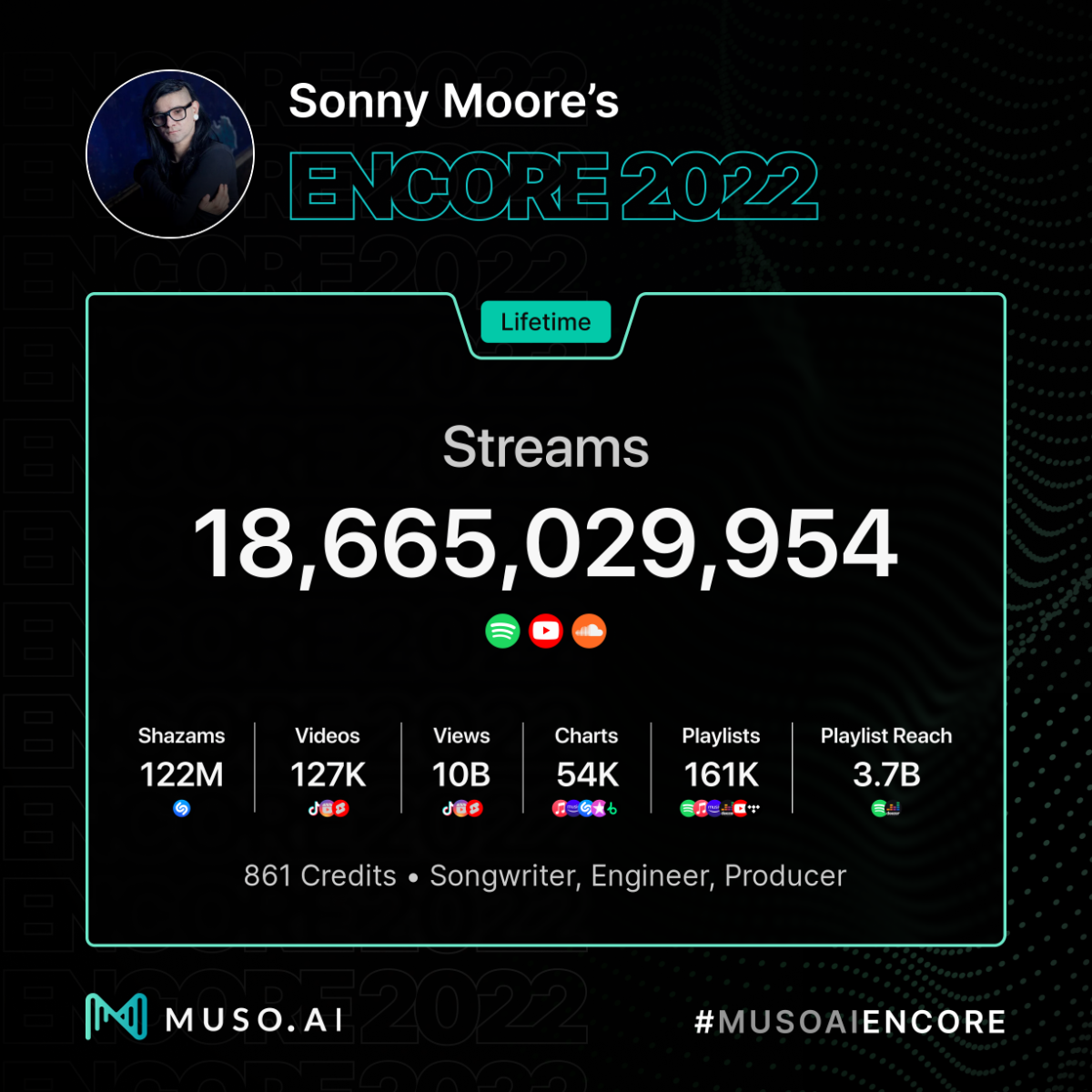 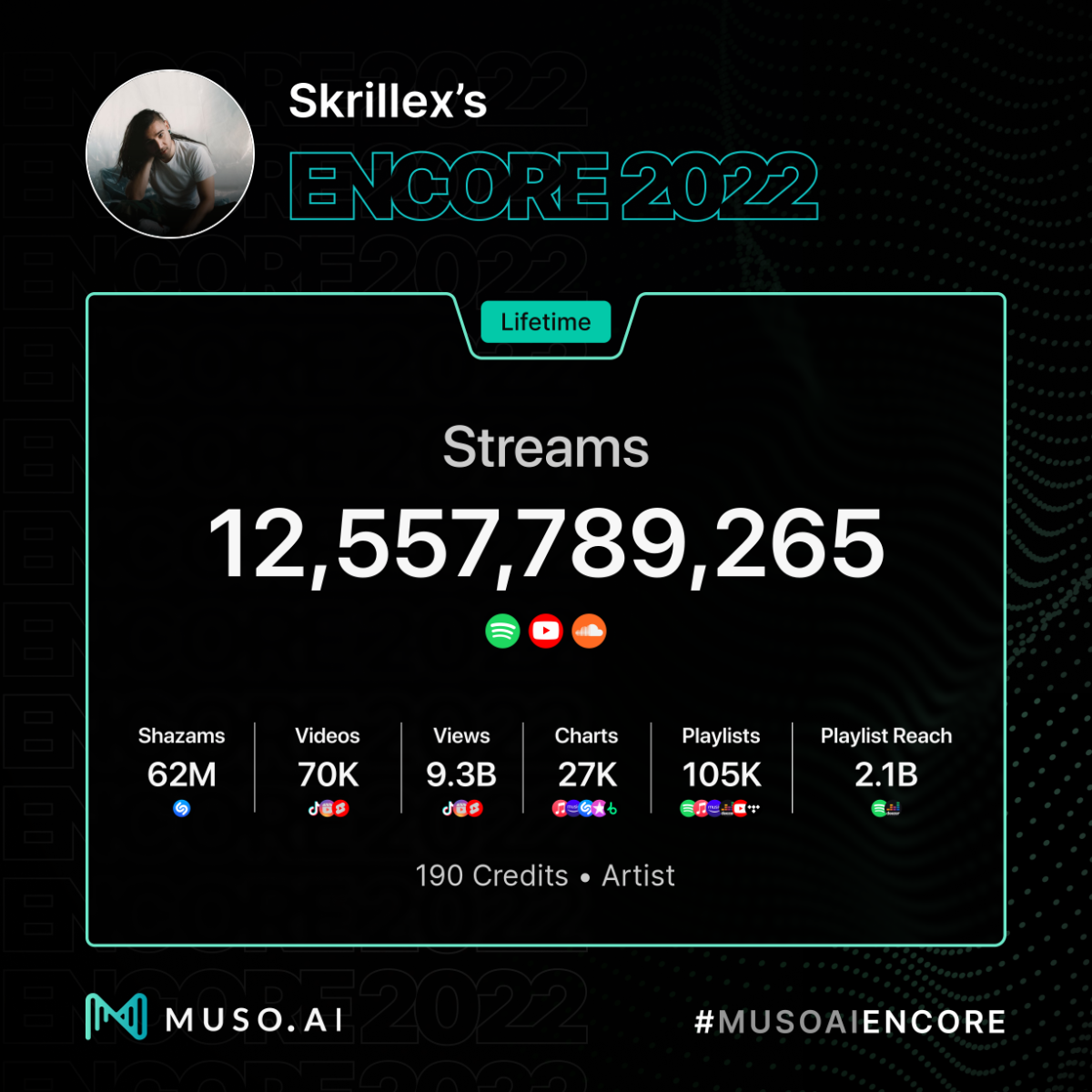 "We wanted to give every person in every industry role a fun way to be able to share their career achievements with all their friends, family, followers and colleagues," said Jay Baumgardner, co-founder and CEO of Muso.AI, in a statement.

Muso.AI Pro members can download an "ENCORE" graphic for any of the 10 million-plus profiles on the platform which they follow, manage or own. While the "ENCORE" feature is exclusive to the platform's Pro members, new users can gain access until January 20th by signing up for a free one-week trial.