STS9 is no stranger to taking fans on music journeys by way of their high-energy jamtronica live sets.

But the five-piece traded their lighthearted music adventures for a full-fledged musical mission this past weekend at the third and final installment of their concert trilogy, "Walk The Sky."

The trilogy began in 2019 with "Push The Sky" and continued in 2021 with "Sky World" after a year off due to the impact of the pandemic. This past weekend’s conclusion featured four sets at Colorado's iconic Red Rocks Amphitheatre and a special "Day Out Of Time" Sunday performance at Denver’s Levitt Pavilion, all of which “pulled inspiration from native myth and storytelling to deliver shows that are uniquely STS9.”

Fans were also able to sip on STS9's very own Walk the Sky Crystal IPA, which was sold exclusively over the weekend. 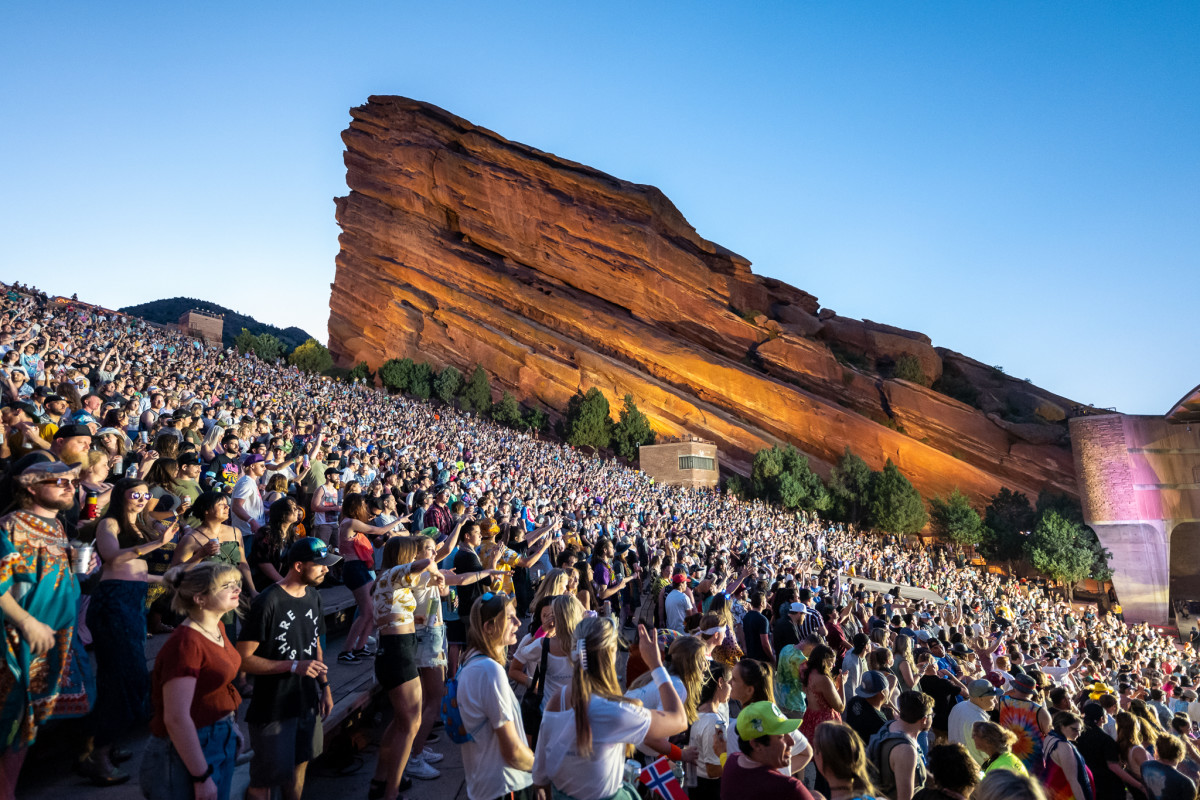 A full crowd partied on the rocks Friday night to STS9's annual return.

Friday’s opening "Walk The Sky" performance saw the band embark on a mission through the elements of sound. With the rocks blazing in the summer sun, STS9 set off with two performances that walked fans through clouds of trance-like melodies and pulsing bass grooves. The first sawSTS9 play through an opening credit of “Once Told,” while cascading synths pulled in “Move My Peeps” and “Kamuy.” 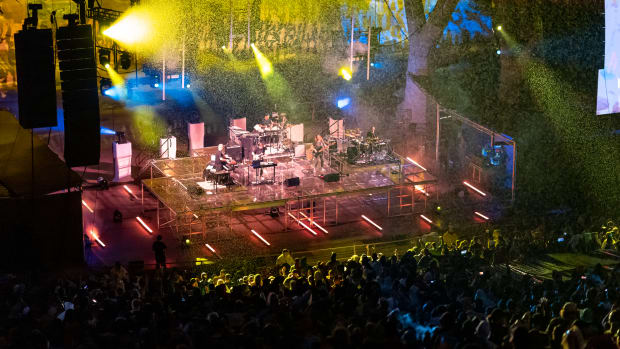 STS9 completed the third and final installment of their musical trilogy, "Walk The Sky," at Colorado's iconic Red Rocks Amphitheatre. 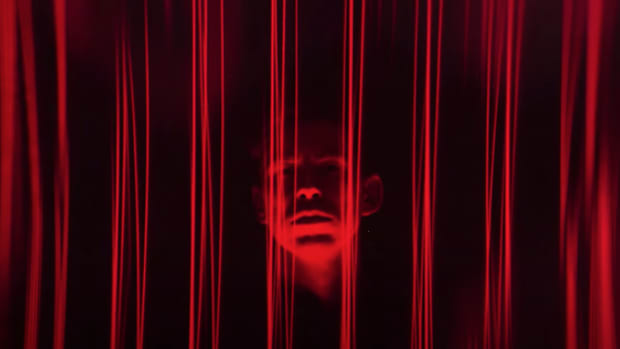 By Jason Heffler26 minutes ago 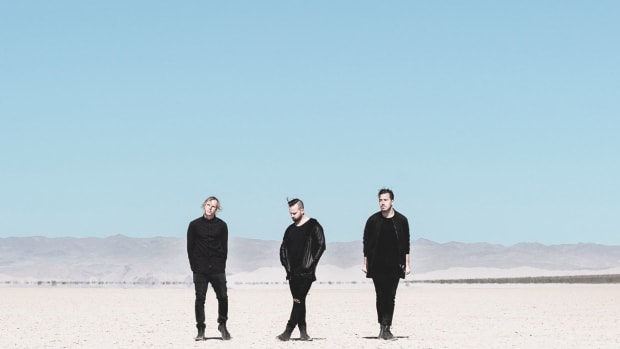 The trio also released Adriatique's hypnotic remix of "On My Knees."

Friday’s second set saw the band sprint to the finish line in the "Walk The Sky" mission. Flush with palpable energy, heavy bass drops fed through “EHM,” segueing into a psychedelic guitar jaunt through “F. Word.” The cheerful pitched vocals of “Get Loud” flooded the rocks with a full-on party scene, not long before heavy renditions of “March,” “T.W.E.L.V.E.” and an illusory encore of “Phoneme." 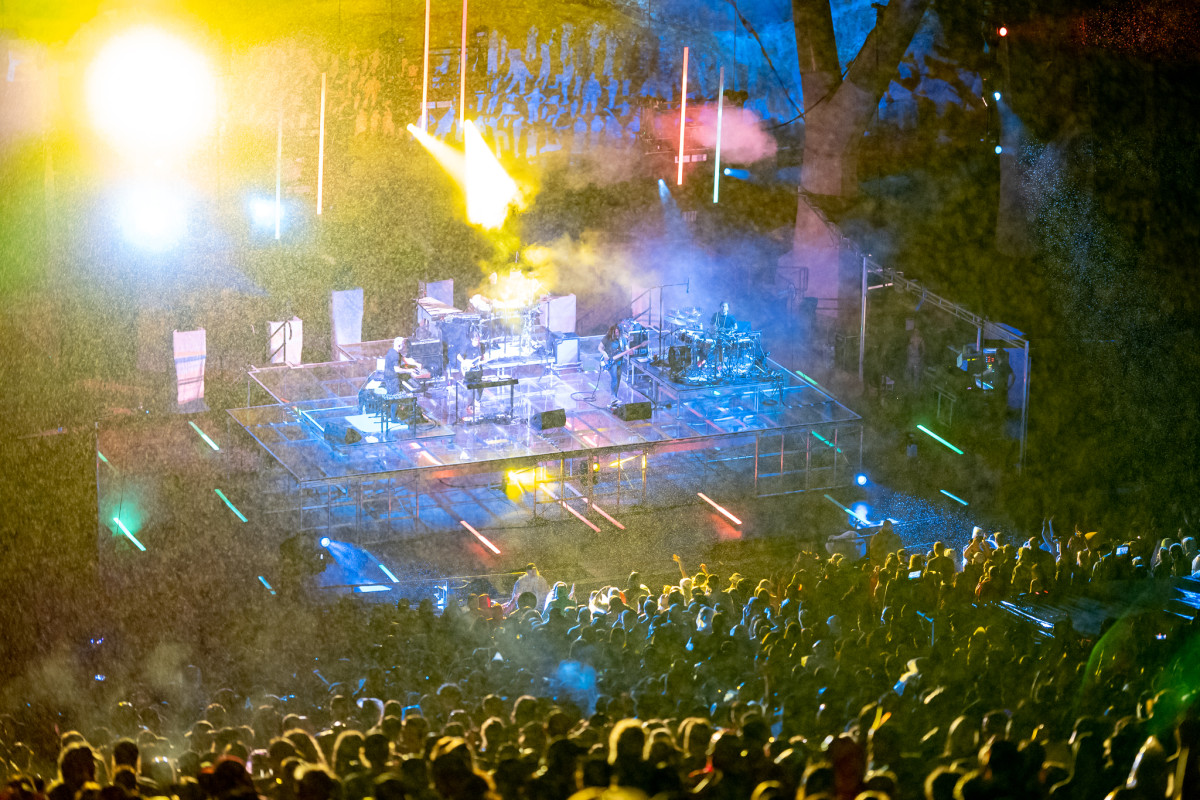 While Friday brought out the sunshine, Saturday's adventure was a little wetter for fans. With thunderous clouds and lightning nearby, it was uncertain if the show would be able to start on time. But with the passing of the rolling storm, the mission went on.

STS9 and their fans trekked through the unknown during a sparkling Saturday night in the rain. The night was akin to a spiritual cleansing as the band played through a teeming rainstorm for most of the night, flying fans through renditions of “The Rabble,” “Totem” and “Sky High.”

Set two brought on echoing vocals in “Peoples,” erupting the scene into a rainy trance underscored by a driving house rhythms and hypnotic guitar riffs. A mystical dive into “King Pharaoh’s Tomb” brought on ancient artifact visuals that took on a more ominous. It was then time for STS9's final au revoir, wherein the band raged through “Inspire Strikes Back” and an encore of “Jebez” to tie a bow on the trilogy.

Check out a photo gallery of STS9's third and final installment of their "Walk The Sky" trilogy at Red Rocks below, courtesy of Alpine Music Photo for EDM.com. 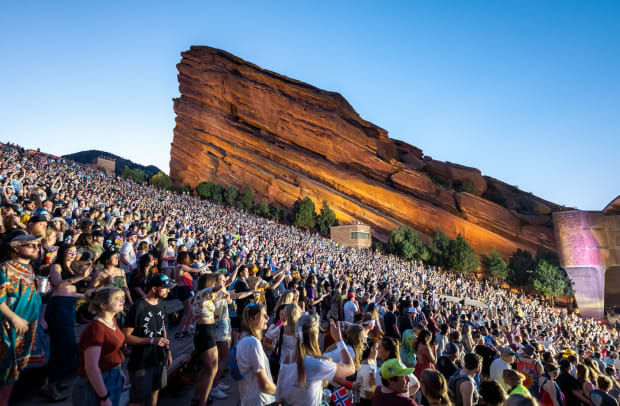