Dry cargo ship under the flag of Sierra Leone with 26,000 tons of corn left the port of Odessa for Lebanon. The Ukrainian authorities expect all three ports to start working in the coming weeks

The first ship with grain left the port of Odessa since the start of hostilities in Ukraine, Reuters reports, citing a statement from the coordination center in Istanbul. A dry cargo ship with 26 thousand tons of corn left the port at 9:15 local time (coincides with Moscow time), A Haber clarifies.

According to the Turkish Ministry of Defense, the Razoni dry cargo ship under the flag of Sierra Leone will head to Lebanon .

On July 22, Russia and Ukraine signed a package of documents with Turkey and the UN to solve the problem with the export of Ukrainian grain to world markets. They describe the mechanism for the export of agricultural products from the ports of Odessa, Chernomorsk and Yuzhny. As part of the agreement, a safe corridor was created for the export of grain by sea. Representatives of Turkey and the UN will monitor the loading, and check ships at the entrance and exit in the Black Sea— quadripartite focal point. Deputy Minister of Infrastructure of Ukraine Yuriy Vaskov assumed that all three ports could start operating within three weeks.

In addition, Russia and the UN signed a memorandum stating that the organization will contribute to the removal of restrictions that impede the export of Russian agricultural products and fertilizers. Moscow has previously stated that grain exports from Russia and Ukraine should start simultaneously. 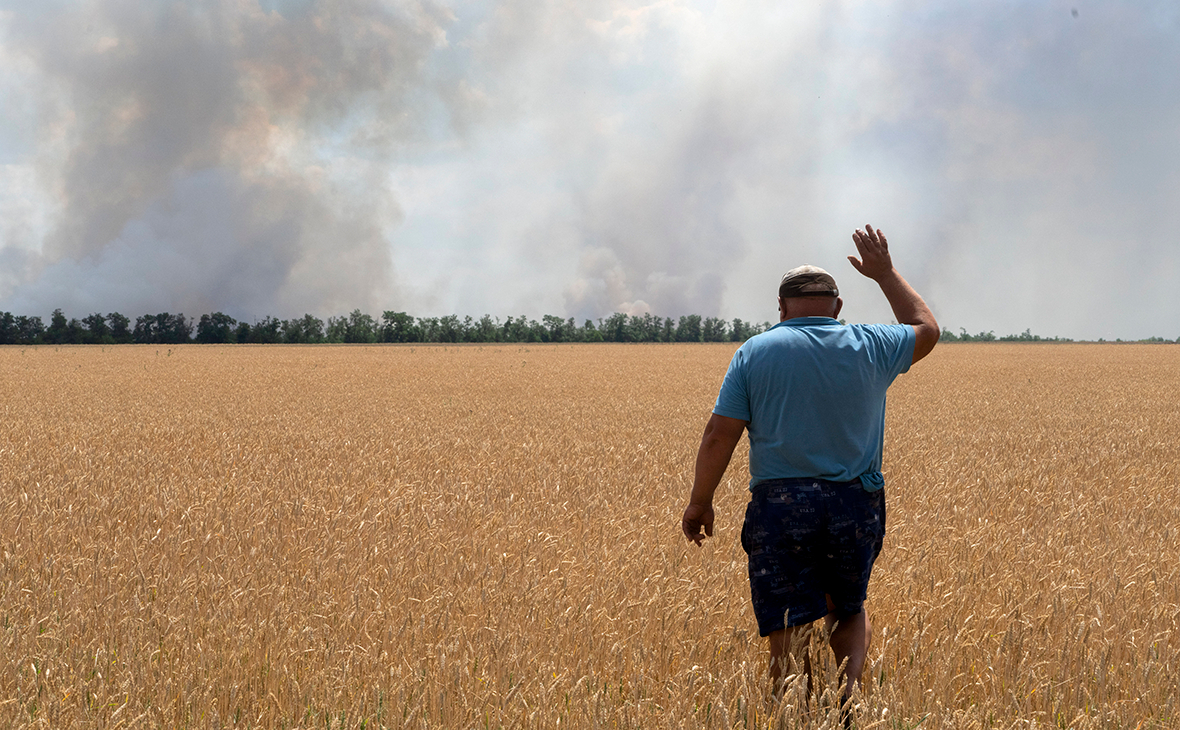 Grain from the ports of Ukraine was no longer exported after the start of the Russian military operation on February 24. Kyiv and Western countries blamed Moscow for this and warned of a food crisis. Russia, in turn, argued that the export of food was impossible due to the mining of ports by Ukrainian troops.

According to Oleg Ustenko, economic adviser to the President of Ukraine, the country could export 60 million tons of grain in eight to nine months with ports work without failure. If, due to hostilities, they cannot function properly, Kyiv will need up to 24 months for transportation.

Read on RBC Pro Pro “A conspiracy is brewing against me” and nine more fears of top managers I have low blood pressure. Is this normal or should I call an ambulance? Instructions Pro Liquidate or leave: what is happening with the trusts of Russians in Europe Articles Pro International logistics in 2022: how goods are imported into Russia now and thinking Instructions

Minister of Agrarian Policy and Food Mykola Solsky said that before the outbreak of hostilities, Ukraine exported at least 5 million tons of grain monthly, the country expects to return to this level by mid-autumn. According to the agency, from May 1 to May 30, Ukraine exported 1.06 million tons of grain crops, which is 2.7 times lower compared to the same period last year.