First, there were six.

The term “techno” is often evocative of its European emblems, like Germany's Berghain and Sweden's Drumcode. So much so that techno music is widely considered to be one of the continent's exports.

But a new documentary seeks to firmly correct this history, tracing techno’s origins back to a cohort of six Black producers from Detroit: "the first cover boys of techno," said Kristian Hill, a Detroit denizen and the director of God Said Give ‘Em Drum Machines, in an interview with EDM.com.

He’s referring to Juan Atkins, Blake Baxter, Santonio Echols, Eddie Fowlkes, Derrick May and Kevin Saunderson, who were collectively featured on the cover of British music magazine Record Mirror in 1988. According to God Said Give ‘Em Drum Machines, which recently premiered at Tribeca Film Festival, it was these “Techno Six” who finally managed to connect techno—the sound of their underground—to the world.

“Nowadays, people put Detroit Techno on there, but really that was the first techno, the original techno,” Fowlkes states in the film. 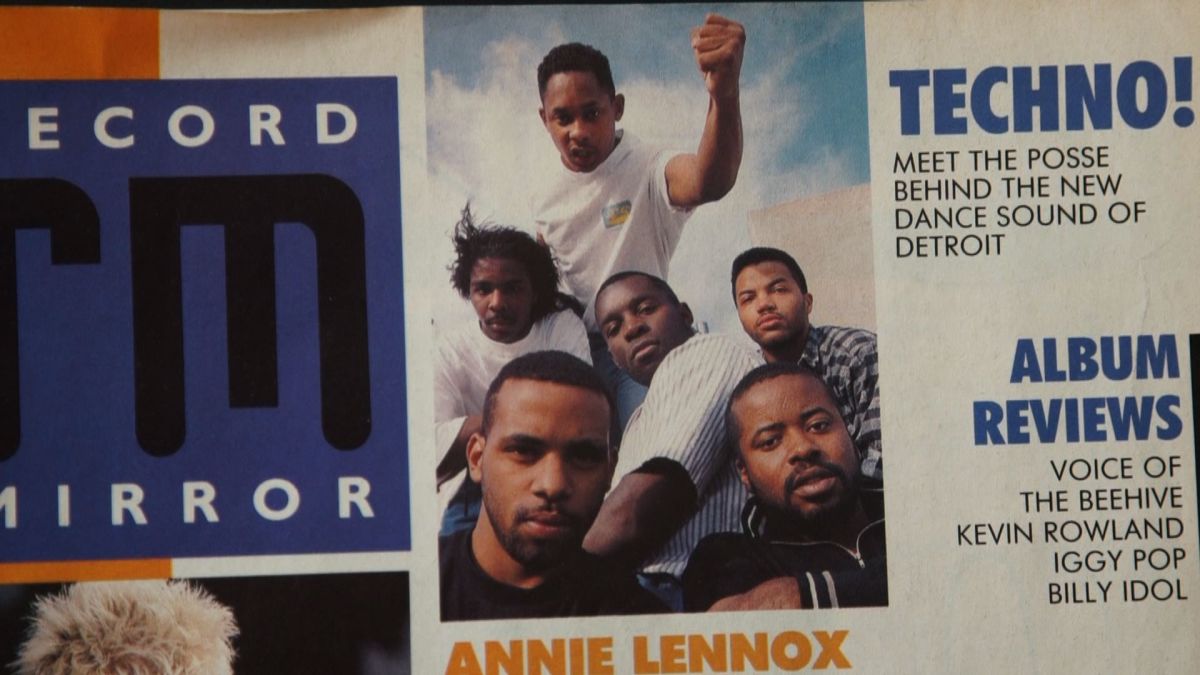 It’s an origin story that Drum Machines tells with care, structured around interviews with the Techno Six and other influential musicians like Mike Huckaby, Paris Grey, Seth Troxler and Richie Hawtin. Their vibrant memories link together pinnacle songs all the way from 1981’s “Cosmic Raindance” (by Atkins and Richard Davis, better known together as Cybotron), to Techno! The New Dance Sound of Detroit, a 13-track compilation album released by Virgin Records’ U.K. arm in 1988.

Studio sessions, dance parties, trips to Chicago to hand out CDs on the street; it all comes to life in their words. Detroit itself is reinvigorated as not just a background but a character in its own right—a teacher, a creative hub, a home base.

“Detroit is a music capital of the world. I wanted to be deliberate and tell this story in a way that really gives it the recognition it deserves for creating all this amazing musical talent,” said Jennifer Washington, the film’s producer and a Detroit native. “It’s so important for me that it’s no longer a secret.”

It’s a process that ended up taking Hill and Washington 12 years. After all, they weren’t just painting a picture for those of us in the mainstream. They were writing a love letter to the place and the people they also call home. 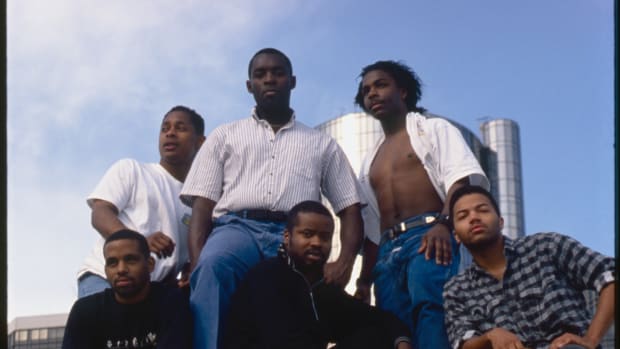 Crafted over 12 years by a pair of Detroit denizens, “God Said Give ‘Em Drum Machines” features interviews with more than 30 figures influential to the history of techno.

By Rachel Kupfer11 seconds ago 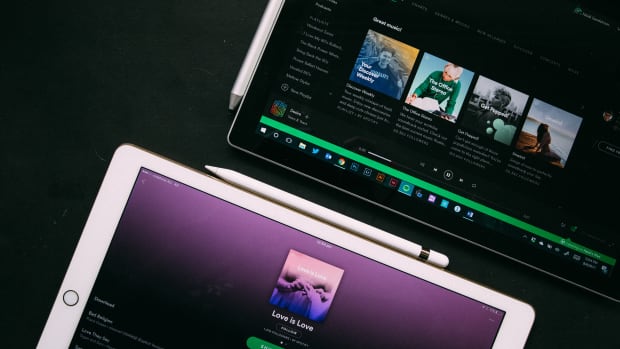 Spotify is making investments to take on the multi-billion dollar audiobook market.

By Cameron Sunkel1 hour ago 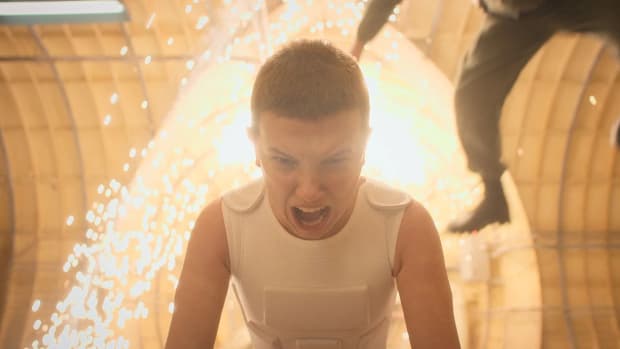 MUSIC RELEASESMusic Producers Are Flocking to Remix This "Stranger Things" Song: Listen to Our 5 Favorites

Kate Bush's old-but-gold single from 1985, "Running Up That Hill," found new life in Netflix's hit sci-fi series—and in the charts.

By Cameron Sunkel1 hour ago

“We had to do our due diligence and sit here in this space to do it justice,” Washington explained.

One turning point was their discovery of the Record Mirror cover photo, which came to serve as the film’s narrative climax. Fowlkes, a childhood friend of Hill’s, was another valuable lead. He introduced the pair to Saunderson, Echols, Baxter and Thomas Barnett after watching an early cut of the project: "Man, there’s just so much more you need to know,” Hill remembered Fowlkes saying.

“We took time to make sure that we were allowing each character to say their piece,” Hill continued. “Their origin stories are unique from one another, and we wanted to let everyone explain their story and how this picture came about and why they were the people together that came to take this picture.” Following these threads led Hill and Washington around the world: New York City, Chicago, Berlin, London, Amsterdam, Johannesburg and even Nizhny Novgorod, Russia. An earlier iteration of Drum Machines even homed in on the Detroit influence in Cape Town, South Africa. Titled Electric Roots: The Detroit Sound Project, it screened at Cannes Festival in 2014.

"Many of these DJs and producers, every weekend they're on the road pushing the Detroit sound, the Detroit vibe. They're the ambassadors of the city," Hill explained. "Those things connected them to the broader world of dance music…It was necessary to tell it from that standpoint so you can see these guys, it's not just that they started in Detroit. There was so much going on outside of Detroit that they had to connect to in order to see how it could work for them."

In its final form, Drum Machines is a finely woven quilt. Play-by-play anecdotes bring beauties of the Korg Synthesizer, the Minimoog and the TR-909 to life. Archival footage puts Aretha Franklin, Marvin Gaye and Stevie Wonder on stage next to the Techno Six. The 1988 photo shoot ties it all together, and the characterization of its multi-city impact relates the story to the globe.

Then there was an influential interview with Huckaby, from which the project took its name: "I had this analogy that God was sleeping one day and the angels came in the room like, ‘Man, the people in Detroit, man, are like saying they starving. We got to do something, man. They starving out there.’ God said, ‘Give them drum machines.’ And the angels looked at each other like, ‘Drum machines?’ And then one angel was smart enough to say, ‘You know what, if God said that, then that's what you do.”

“Huck, he’s the heart. He’s the one that shows how to give back with this music–how this music, a component of it, was to give back and share your knowledge,” Hill said. “This film, it’s also just made for people who don’t know. This is how they learn about Black dance music and how Detroit has played a role in making the world dance.”

“Like Kevin [Saunderson] says in the film, this music is for everyone. And this film, I feel like young and old can enjoy it today,” Washington added. “Three generations can show up for this film.”

You can watch God Said Give ‘Em Drum Machines at home until June 19th, the end of Tribeca Film Festival. Sign up to hear about future screenings here.