Over the course of their storied career, Tritonal have donned many hats in the recording studio, displaying a level of versatility that has been key to their success.

Upon the release of their 2011 debut album, Piercing The Quiet, the duo had their feet firmly cemented in the trance lane. But that cement would eventually dissipate, inspiring a shift towards the emerging electro house scene.

As the pair strayed from euphoric trance melodies, they gradually earned mainstream attention within the confines of the surging progressive house and big room genres. Tracks like "Now Or Never" (with Phoebe Ryan) and "Untouchable" (with Cash Cash) tightened the grip Tritonal had on those sounds.

The Texan tandem continued on this exploration well into the mid-2010s, not straying far from their fruitful transition. Their sophomore effort, Painting with Dreams, was released five years after the pair's introduction and featured their hit "Getaway" (with Angel Taylor). The album went on to infuse elements of future and melodic bass to their repertoire.

Tritonal's 2019 follow-up, U & Me, continued to rely on the waning electro house sounds. However, there were two glimmering examples of the pair's move towards introspective and melodic tones. The ambient-style cuts were used as the album's bookends, hinting at a new chapter for Tritonal.

The latest saga in the development of Tritonal's storied career is perhaps their most cohesive and contemplative effort to date. Coalesce sheds most (but not all) aspects of their prior aesthetic, reuniting them once more with their trance roots.

Storytelling takes center stage in Coalesce, as the album opens with a spoken-word intro by Panache Desai. The message here is simple: allow yourself to embank on a sonic journey that will elevate you and everything that you are.

Desai's directive of love is interwoven throughout, reappearing as an interlude and an outro. This allows the project's mission statement of joining together to become fully realized, aiding the rest of the songs along the way. 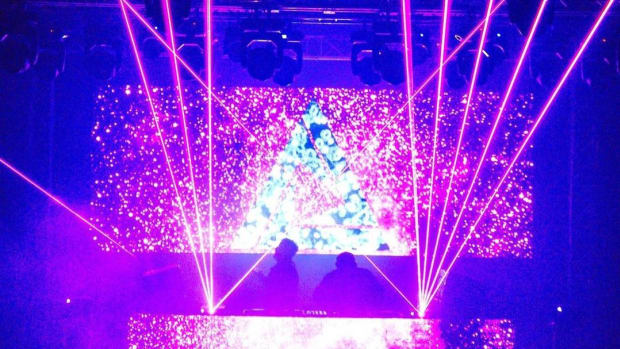 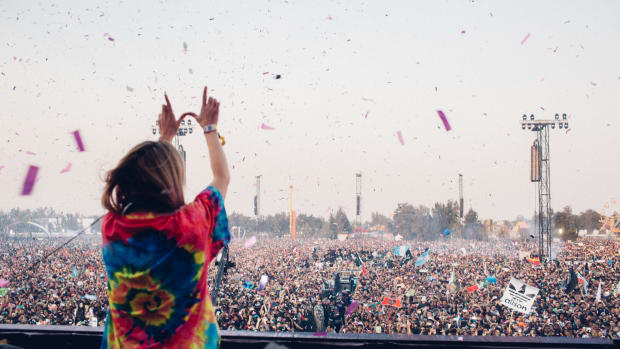 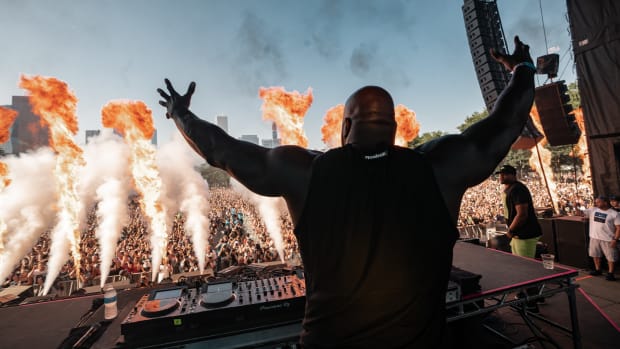 Fans attending Diesel's set at Excision's Lost Lands festival may be a part of history.

And speaking of songs, Coalesce is brimming with vocal progressive trance records reminiscent of the group's early work. Singer-songwriter Eric Lumiere shines in his two appearances on the record, including on the promotional single "Something Beautiful," which sets the tone as the opening track.

Trance darling HALIENE also lends her talents to two cuts on Coalesce. Her impassioned lyrics can be heard on "Less Than Perfect" and "Losing My Mind," the latter of which explores the plight of anxiety and depression—and learning to accept them.

Tritonal's progressive trance prowess is most obvious in "Signals" (with Sarah de Warren) and "Out of the Dark" (with EMME). Both records are lengthy, clocking in at over five and a half minutes each. However, the expansiveness of each allows for depth and a commitment to beautiful, powerfully delivered lyrics and long builds that culminate in climatic drops.

Most of the tracks on Coalesce tend to be audibly similar, but there are few standouts, like "Adelphi '88" and "Waterboiler," which exemplify Tritonal's experimentation with more darker tones. Meanwhile, in "Mellifluous," we find them playing with hypnotic ambient textures.

However, while there are a few superior tracks, the album eventually strays from its progressive course and makes a u-turn back to their prior endeavors. Unable to shake off their melodic bass and dubstep past, Tritonal sprinkled in a few songs as a nod to their previous work. While solid, these productions deviate from the otherwise cohesive tonality found in Coalesce.

Ultimately, Tritonal's message resonates loud and clear in Coalesce. It is a well-guided journey that finds the duo right at home in the progressive trance territory. Though there are some records that wander off course, the remaining tracks keep the album safely positioned within its intended route.

You can listen to Tritonal's Coalesce below and find the album on streaming platforms here.