As humans, our need for connection is primal. But sometimes we have to travel to the edges of the Earth to find it.

We recently crossed the Pacific for Your Paradise, an idyllic destination music festival on the remote Fijian island of Malolo Lailai, or "The Island of the Resting Sun." 6,000 miles away from the influencer-infested covens of Los Angeles, we discovered a community as vibrant as the island's crystalline waters.

Roughly 500 people converged on Fiji's Mamanuca Islands for the 2022 edition of Your Paradise, the first since the return of live music in the wake of the pandemic. Nestled in a halcyon shoreline, the festival is what happens when daydreams shed their idealistic layers and become reality.

"If you come to Your Paradise once, you’ll come for the rest of your life," said Harry Duncan, a fan who told us he'd been on his fifth pilgrimage to the fest. 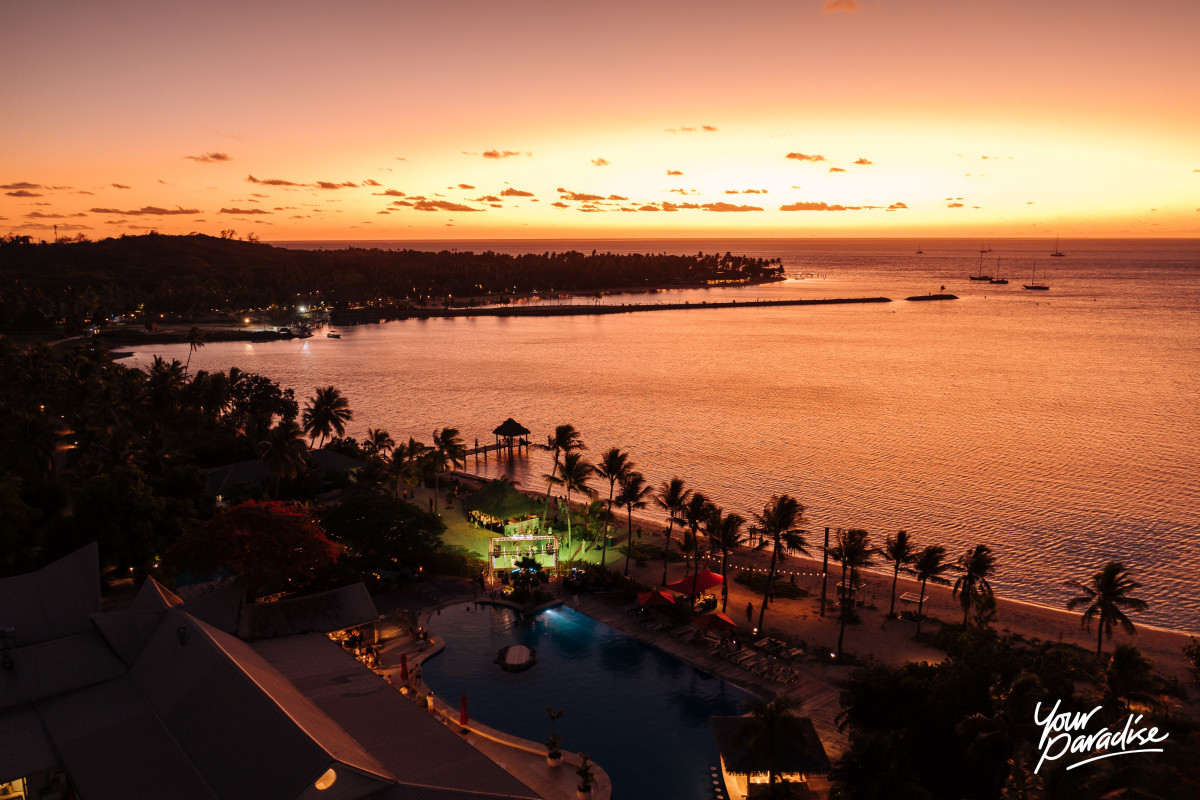 The oceanfront mainstage at the 2022 Your Paradise music festival in Fiji.

It's easy to let your mind wander to the hellscape of Fyre Festival, which turned hedonism into a socioeconomic crime. After that dumpster fire, you were a buffoon if you talked about your weeklong plan to jaunt between an oceanfront mainstage, yacht parties and a private bungalow in the middle of a Fiji jungle. But that's unfair to the organizers of Your Paradise, who now have nine years of experience under their belt—eight more than felon-in-chief Billy McFarland.

Fyre and the destination festivals toiling through its aftershock are not mutually exclusive. And after attending Your Paradise in 2022, one thing became clear: this community doesn't care for fraud. That's the beauty of its members, whose priorities lie in shared experiences and collective bonding—not their next Instagram captions.

"Multiple factors come together at Your Paradise to create true connection—the remoteness of the location means everybody leaves home behind and leaves room to build new relationships," said Ignacio Garcia, Co-Founder and Director of Your Paradise. "The length of the event is key too. Six days on the island allows for relationships to foster and in different ways, you might meet someone on the dancefloor one night and end up doing yoga and having dinner with them a few days later." 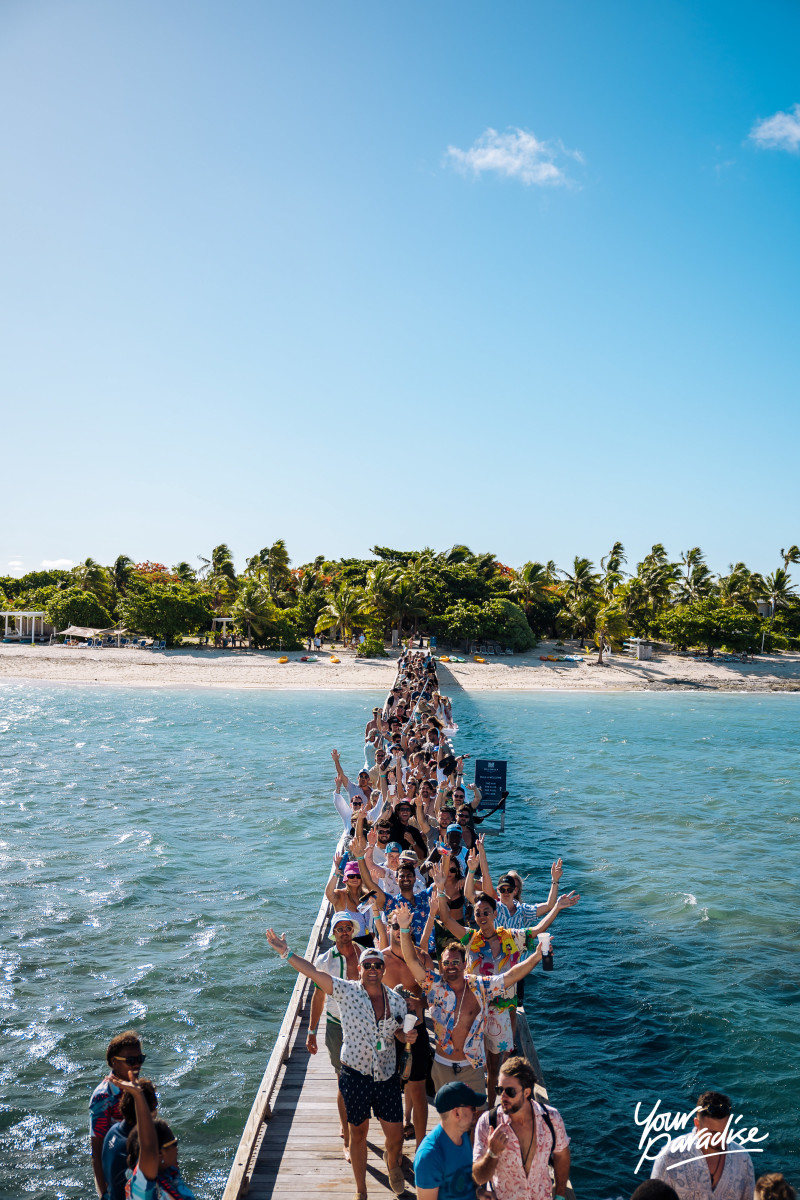 "As adults, we often struggle to meet likeminded people," Garcia adds, "and I feel Your Paradise really gives guests the platform to do just that."

Take, for instance, the festival's legion of Australian attendees, who only had to fly roughly four hours from the Land Down Under. Partying with these warm, gregarious ravers became commonplace, as did bear-hugs with complete strangers.

If the Aussies' infectious personalities didn't pull you in like a magnet to a fridge, it was their unbridled love of drum & bass music. Their energy enveloped us on a giant catamaran, where sun-kissed moshpits rattled the ocean to the sounds of Netsky and Sub Focus.

When you weren't exploring Malolo Lailai—and trying not to step on one of the island's millions of tropical frogs—you were partying at sea. Your Paradise's official programming featured a slew of seafaring parties with performances from major artists.

The most extraordinary of these parties went down at Cloud 9, a dazzling dayclub smack dab in the middle of an oceanic nowheresville. The only way to get to "Fiji's Floating Paradise" was via boat transfer, and when you disembarked, you stepped foot on a two-level platform surrounded by nothing but turquoise water and breathtaking panoramic views of the archipelago. 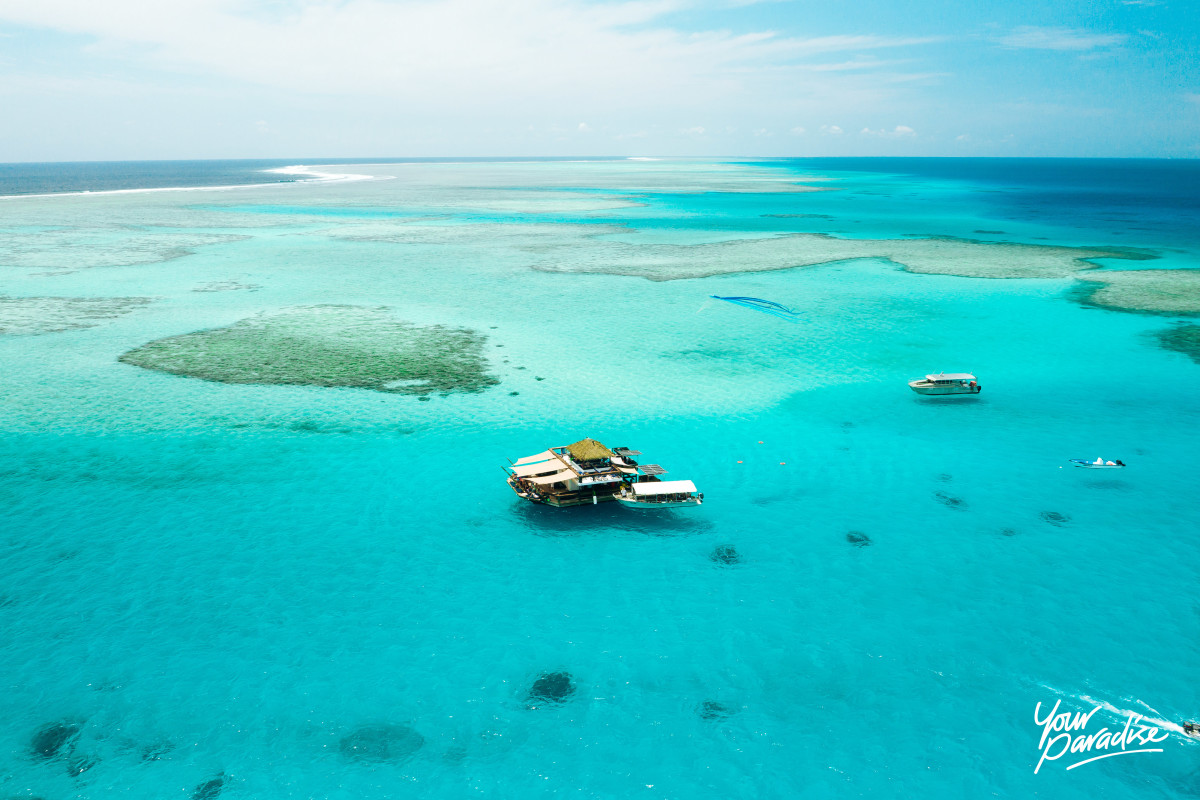 Cloud 9, a floating club located on the Roro Reef off Fiji's Malolo Island. 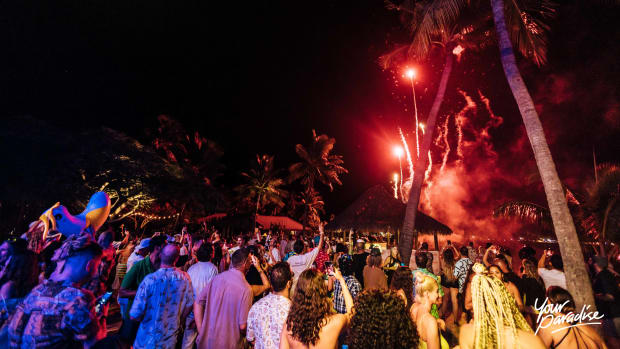 "If you come to Your Paradise once, you'll come for the rest of your life." 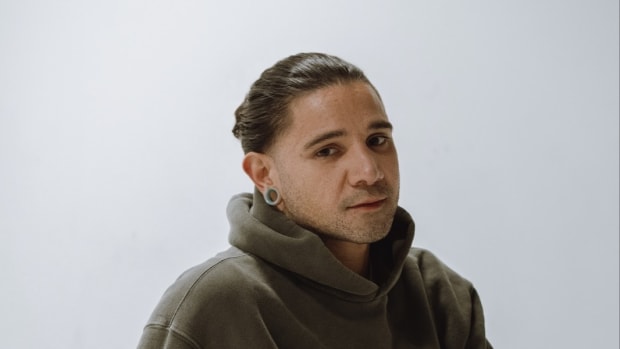 Muso.AI, an aggregator of musical credits, illuminates the true streaming reach of artists who fulfill multiple creative roles, like engineering and songwriting. 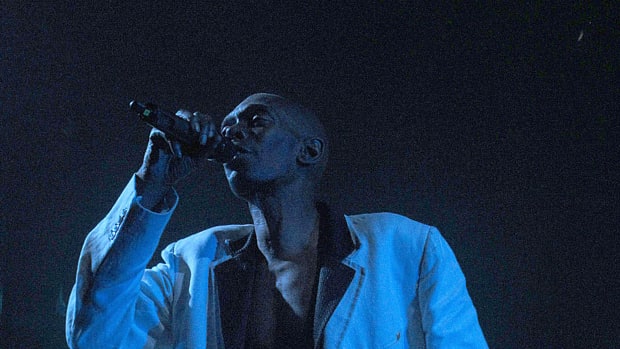 The "Insomnia" star passed away from natural causes at age 65.

There's nothing in the world quite like Cloud 9, where it took a crowbar to pry the smile from your face. We danced nonstop under the sun. Passion fruit mojitos and Blue Curaçao cocktails were dished out like candy on Halloween. People dove off the roof and into the ocean below. Staff served free Italian wood-fired pizza.

"Skinny people are easy to kidnap. Stay safe, eat pizzas," reads a sign behind the bar.

If you were lucky enough to catch Ben Böhmer's DJ set at Cloud 9, you were at the epicenter of one of the most intimate music festival experiences in the world. 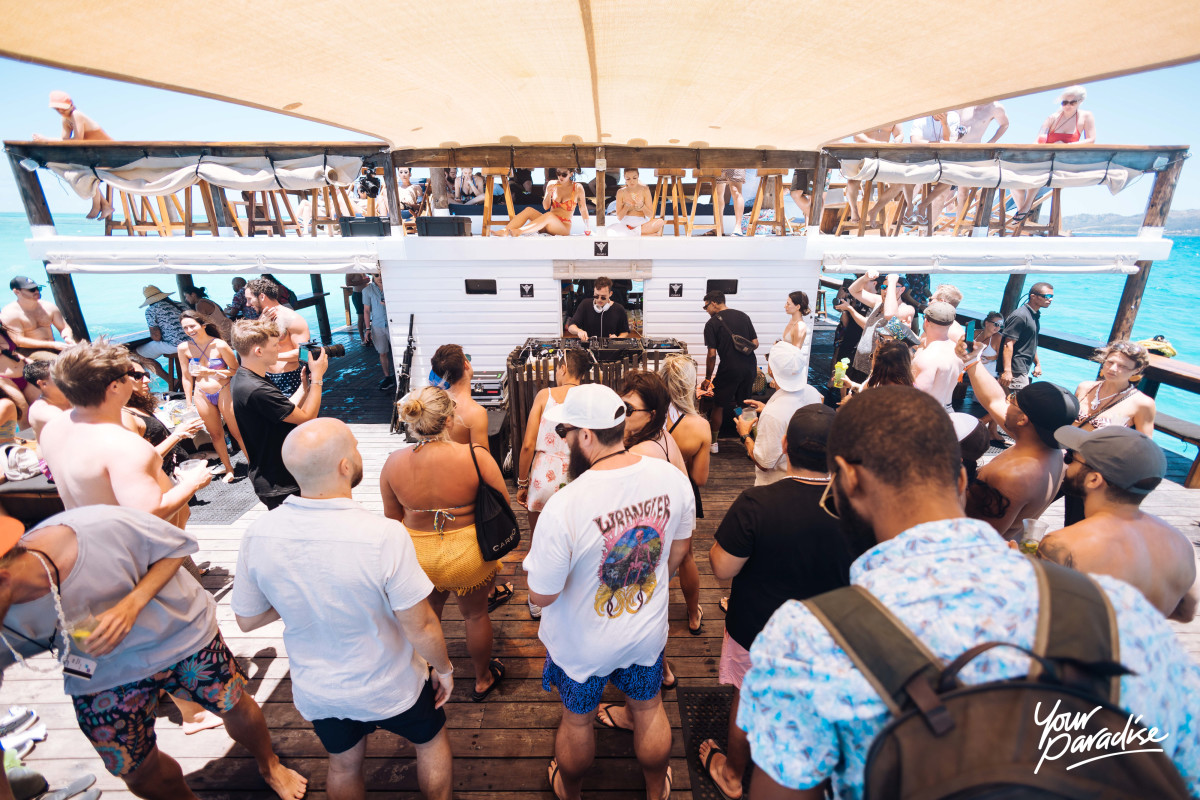 Böhmer's performance was just one example of Your Paradise's unique infrastructure, which bulldozes the imaginary wall between a festival's attendees and its headlining artists. On any given morning, you could eat bacon and eggs with Böhmer or soak up some sun with Kito.

Over at the oceanfront mainstage, electronic music superstar Getter hopped on the mic at one point—after burping into it—and invited the crowd to skydive with him the next morning.

"Being a festival of only 600 to 800 people, you've got your attendees, artists and festival staff all staying at the same island resort for the week. This intimate setting can create a sense of exclusivity and allow artists to connect with their fans in a more personal way," said Blake Chapman, a member of Your Paradise's air and ground transfer logistics team. "Have you ever been walking to dinner and casually bump into Netsky, who stops and wants to have a conversation with you about your day? Or been asked to go skydiving with Getter? Or gone surfing with What So Not at Cloudbreak? All of these things have happened to me at Your Paradise." 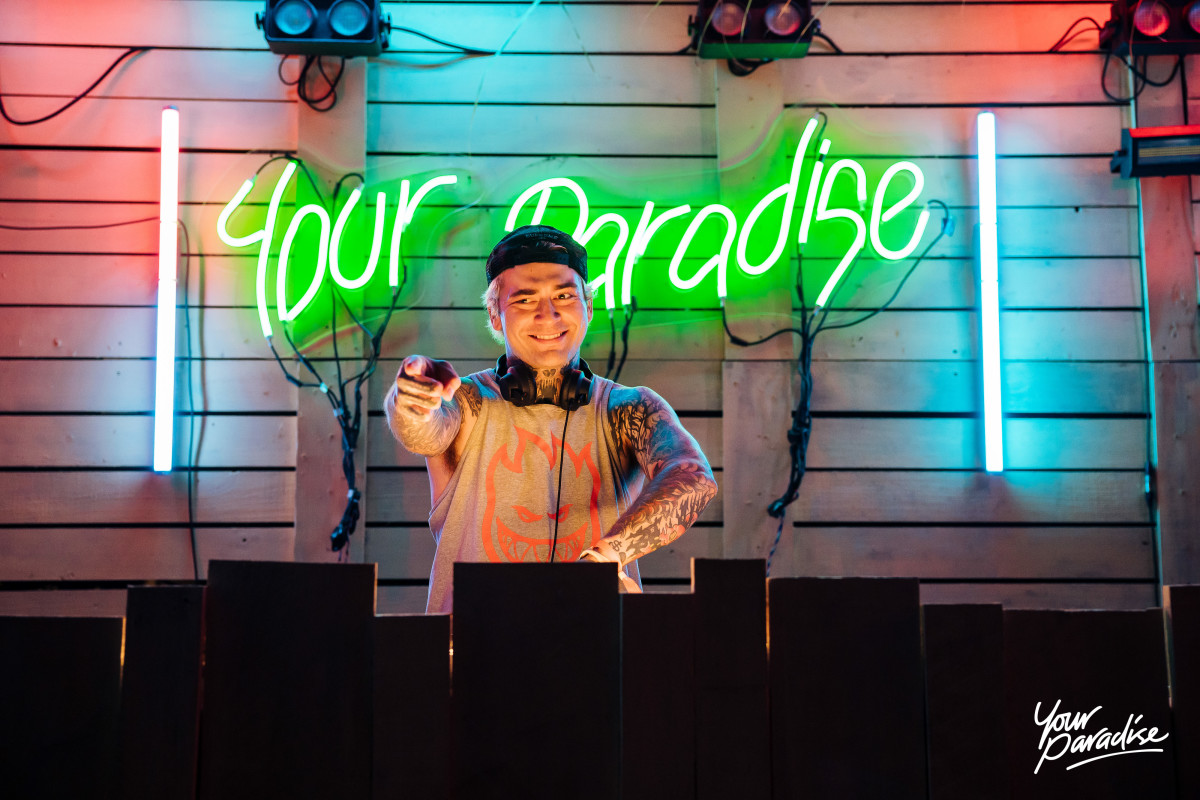 Getter performing at the 2022 Your Paradise music festival in Fiji.

Chapman says many artists booked to perform at Your Paradise end up asking to come back.

"I believe artists love performing at Your Paradise because it's like nothing else they can experience anywhere in the world," he adds. "It's essentially a working holiday where they can relax on a tropical island and experience the local culture and way of life in Fiji, while also performing and playing their music to quite a diverse and dedicated, intimate audience. Their crowd is really there to see them."

The music festival and its artists were only part of the story. It was tough not to fall in love with Fijian culture thanks to the island's charismatic locals, who greeted us with a blissed-out "Bula!" at every turn. Their charm warmed the island just as much as the beating sun.

Your Paradise also recently become an official member of the Mamanuca Environment Society (MES), a nonprofit founded by local businesses to support the environmental protection of Fiji’s west coast. Throughout the week, the festival's organizers hosted a number of community-based volunteer programs, like tree-planting sessions. 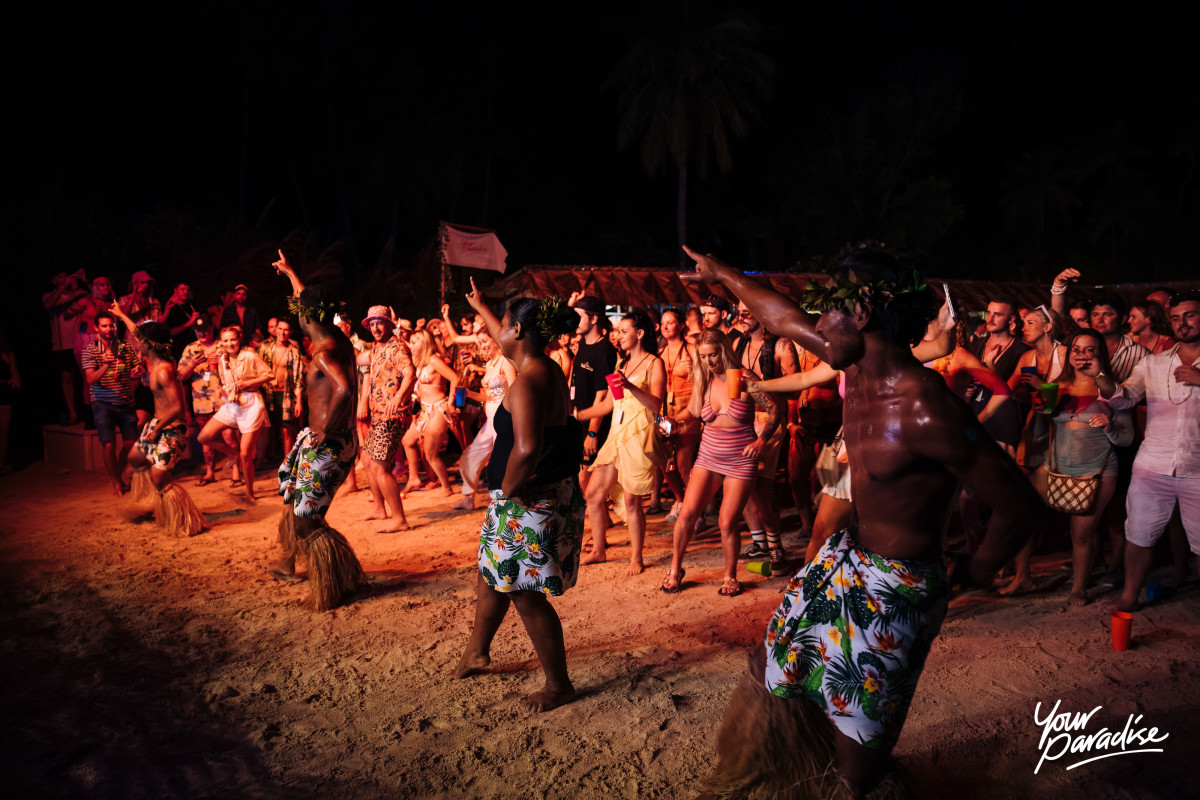 New Year's resolutions you never asked for are coming to a TikTok near you, force-fed down your throat like geese for foie gras. Ignore the gym bros trying to sucker you into an Orangetheory membership and instead consider treating yourself to a bucket list trip to Fiji.

You can now register for Your Paradise 2023 and explore packages here.